A new survey by Aon has revealed that external risk concerns have overtaken internally focused corporate risks for Australian companies for the first time in a decade. 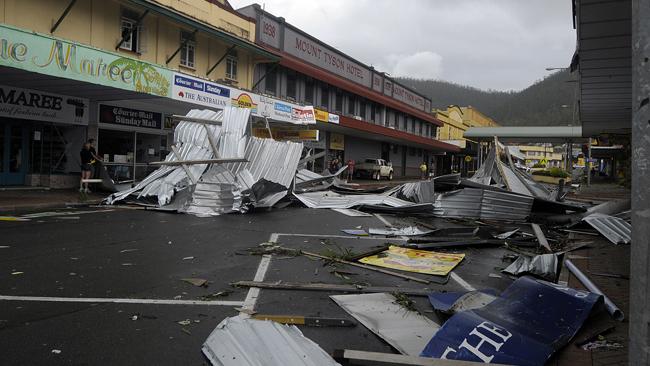 CAPTION: The aftermath of Cyclone Yasi in Tully.

A new survey by Aon has revealed that external risk concerns have overtaken internally focused corporate risks for Australian companies for the first time in a decade.

With a slew of recent natural disasters and market turmoil impacting organisations and their operations, Aon’s 2011/12 Australasian Risk Survey found that the level of concern across all risk categories had increased over the past year, with external risks now rated on average as the highest type of risk concern facing businesses.

The survey, based on risk management information from 318 Australian and 32 New Zealand organisations, found that market environment, impact of regulation, corporate governance, business interruption, physical assets, market risk/treasury and natural disasters/climate change have all risen three or more places in the risk rankings this year.

“2011 was a year when many organisations across Australia and New Zealand were severely impacted by an array of factors beyond their control,” Paul Venning, Managing Director – Corporate, Aon Risk Solutions, says.

“Last year, there were major floods across three eastern states, as well as severe storms in Victoria, bushfires in Perth and the Margaret River, Cyclone Yasi and multiple earthquakes in the Christchurch region of New Zealand. This year we have already seen major flooding across Queensland, New South Wales and Victoria.”

Aon says companies have responded to the rise in external risks in a number of ways, with the natural disasters of 2011 prompting 71 per cent of companies to undertake a formal review of their insurable risk tolerance levels. More organisations have also sought an external professional opinion on their level of risk tolerance.

How to start a business with very little (or no) money

Remote collaboration – how to create (and maintain) a connected company

Managing mental health issues when confronted with them

A kinder world: Setting a roadmap out of COVID

What you need to know: Banking and the revamped SME guarantee scheme

Couldn't have happened to a nicer bloke! :lol:

Lucky he got to keep his job seeker payments as well.... jokes.

Noted your criticisms Adrian about "small print" that lead...

Daniel Andrews is clearly out of touch with Victorians,...

How satisfied are you with the SME measures in the federal budget?

Total votes: 1759
The voting for this poll has ended

OUR PLATFORMS AND BRANDS

Receive the latest mybusiness news, opinion and features direct to your inbox.

OUR PLATFORMS AND BRANDS