Mobile coupons might just be the marketing tactic that helps traditional retailers compete with online discounters.

Looking for a way to fight back against online discounters? Analyst firm Juniper Research says mobile coupons are the most potent weapon around, because consumers redeem them about 8% of the time. That’s way up on the 2% redemption rate for conventional coupons. The firm also says that by 2016 there will be 600 million regular mobile coupon consumers worldwide!

So what are mobile coupons? 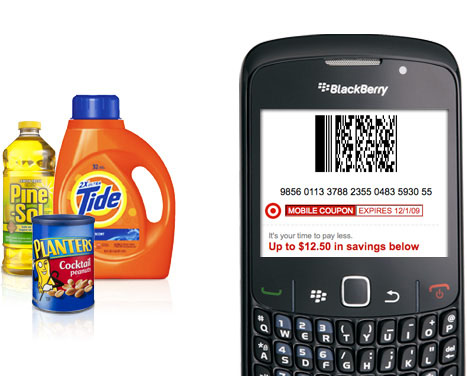 The concept is simple and involves an offer sent direct to consumers’ mobile phones, usually in the form of a discount or bonus of some sort. The coupon often involves a bar code or other unique element so retailers can track customer behaviour. Think of it as supermarket petrol vouchers beamed direct to a mobile instead of handed over at point of sale.

Critically, redeeming the coupon means a visit to the retailer, which makes them a footfall-generation tactic par excellence. Once that customer crosses the threshold of a store, canny retailers can then use all their retail cunning to show consumers just how much fun it is to shop in the real world and cash in with impulse buys, up-selling and cross-selling. That kind of in-store experience is tough for online retailers to match.

Asia and China are the current mobile coupon capitals, but Juniper says the idea is taking off in Europe and North America too (Procter and Gamble has signed up for a mobile coupon campaign). Mobile coupon companies are already plying their trade in Australia.

Today, there’s no standard way to send mobile coupons. Some use SMS. Startups galore have coupon apps ready to roll. Some retailers have rolled their own coupon solutions.

The market is a bit Wild West right now, but the report’s author David Snow says this is normal.

“As with all new mass markets there is an initial ‘shakeout’ period,” he says. “North America and Western Europe are at this stage now. For the next few years users will be signing up to multiple coupon schemes and deciding on the ones they like best – so now is a crucial time for mobile marketing agencies to get it right on behalf of their clients and establish a loyal customer base.”

Don’t expect your initial coupon efforts to go big instantly. The report warns that consumers will experiment with several providers for a while. Only once consumer behaviour settles down will redemption rates rise steadily.

Still not convinced? Then check out this article about mobile coupons from Marketing Magazine. It mentions mobile coupon campaigns with 50% response rates and says the average is between 15% and 25%. That’s light years ahead of what it says is the local redemption rate for paper coupons – just 1%.

WEBCAST: Tax time like no other: Hear directly from the ATO

New $10,000 grants up for grabs for small businesses

I am sure that businesses and their owners are affected...

Thanks VIC government, but how about funding more staff that...

Its on PAYGW not on GST.

why would the Government take advice from Deloitte who have...

Which of the following stimulus measures has had the greatest impact on your business?